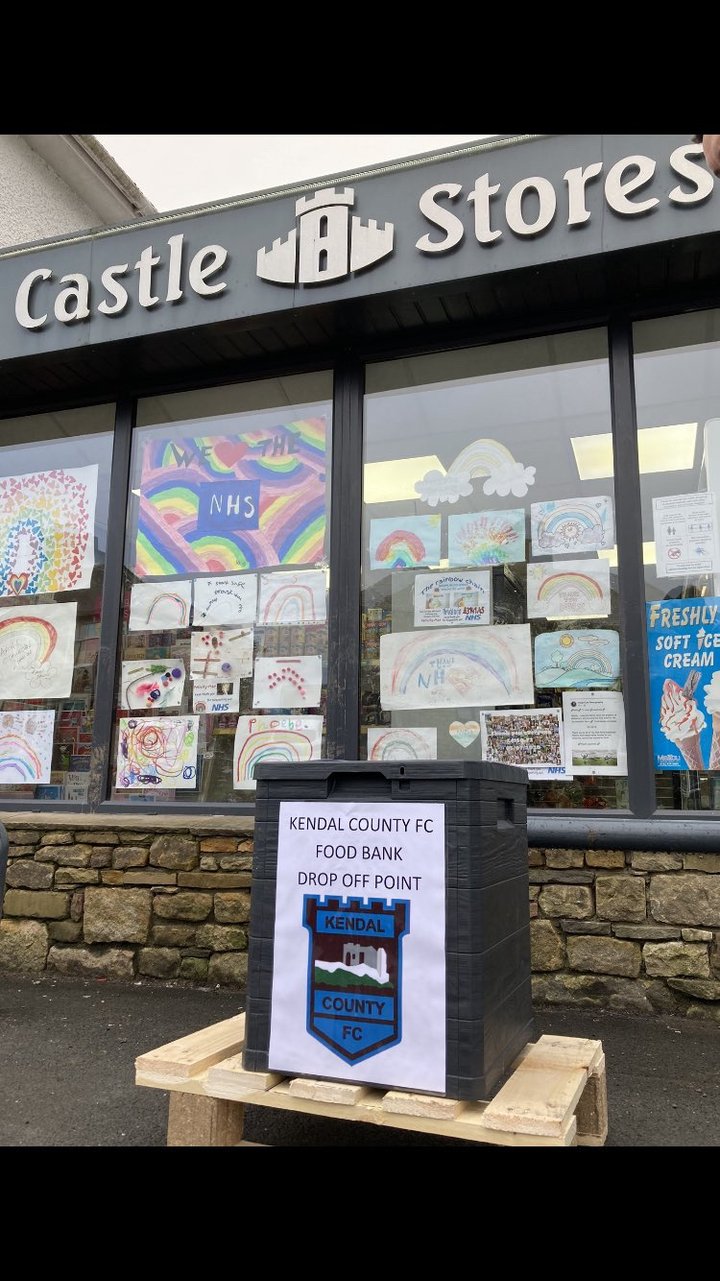 Local football team Kendal County who play in the West Lancashire League have been inspired by the community work of Manchester United and England forward Marcus Rashford and his battle against food poverty. Kris Clough (Chairman) and Dan Ferguson (Secretary) were motivated by the recently documentary 'Feeding Britain's Children' and decided they wanted to help out a local foodbank in Kendal.

Kris said 'Kendal County always has been a family and community club, which has been supported by local people and business over the years so we thought it’s about time we gave something back. We know we’re not going to change the world but if we can put a meal on the table for one person then we’ve made a difference.'

Dan Ferguson said 'I wanted to have an impact in my local community and help address some of the issues raised by Marcus Rashford's documentary, so I did some research and got in touch with Cllr Chris Hogg and we came up with an idea of how we could help a Kendal Foodbank. I'm really pleased we can help out during such difficult times.' 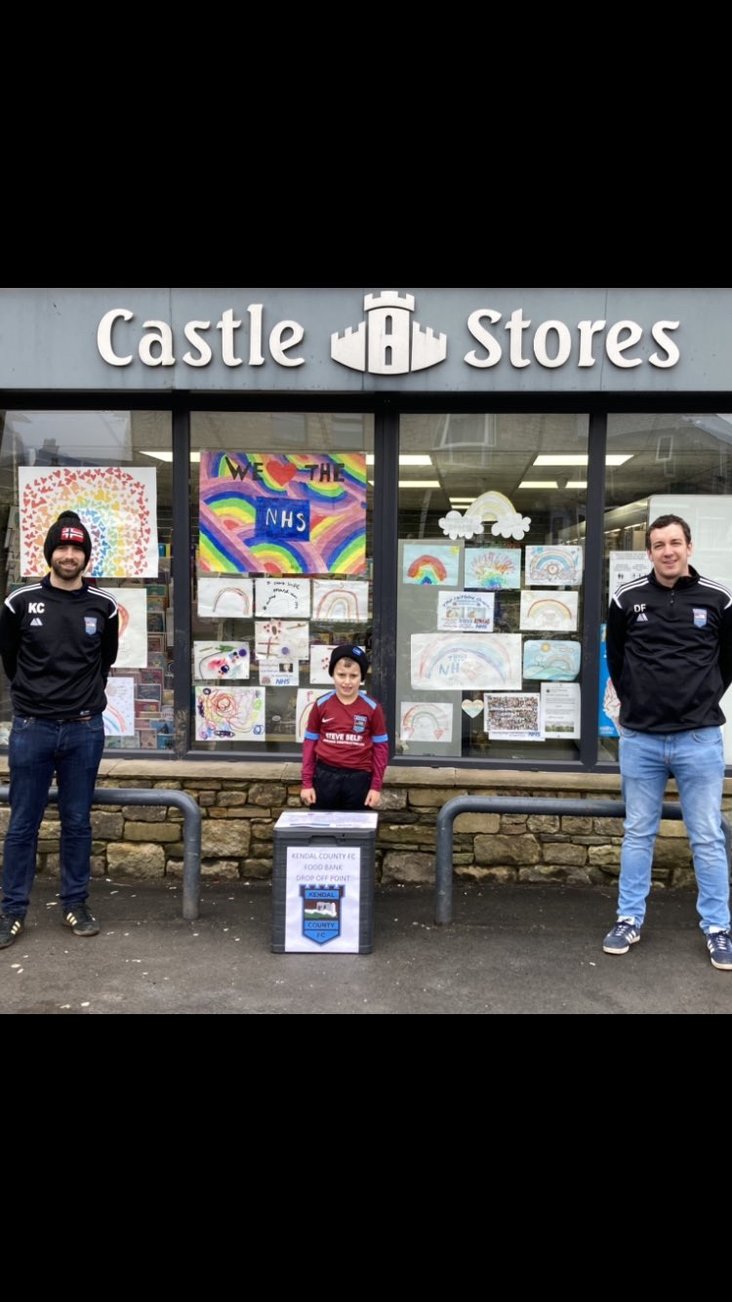 The club have now placed a food bin outside Castle Stores (which is located just off Parkside Road in Kendal on the Castle estate) where anyone who wishes to can donate tins of food which will be distributed to the charity Manna House.

Kris said 'We have a really good relationship with the owners of Castle Stores and they were very happy to help. We're hoping that people who can afford to do so might buy something extra for the food bin. The club will empty the donations on a regular basis and deliver them to Manna House.'

Cllr Chris Hogg said 'I was delighted when Dan got in touch with me and it's been a pleasure to help the club and Castle Stores support people who find themselves in need at this time. It's a great example of a Football Club helping in their Community. They were inspired by Marcus Rashford but I'm sure their efforts will also inspire others too'

Manna House Chief Officer, Andrea Aldridge, said “We are so pleased that Kendal County is donating on behalf of Manna House’s many clients, who are quite vulnerable and in need of the food, material assistance and emotional support Manna House has continued to provide throughout the pandemic. We have been humbled by our community’s thoughtfulness towards those who are homeless and struggling to make ends meet, and this effort from Kendal County is a great example of what is possible when people pull together.”