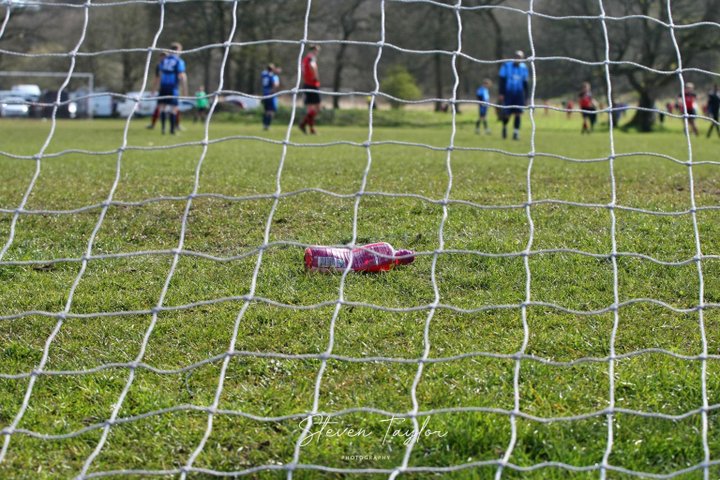 Slyne-With-Hest’s first home win of the season – at the ninth time of asking – arrived with a bang as they swatted aside Southport Hesketh on a day where the league fixture list was ravaged by the weather.

Slyne’s 6-0 win was one of only two games to go ahead in the Premier Division with only six games played across the five divisions.

A four-goal blast early in the second half saw off Denis Hill’s strugglers as Slyne finally ended their home hoodoo.

Reece Pearce set the ball rolling on 15 minutes before a Josh Draycott double, another strike from Pearce and a goal from Paul Jarvis – all in the space of nine second-half minutes – sealed the three points. 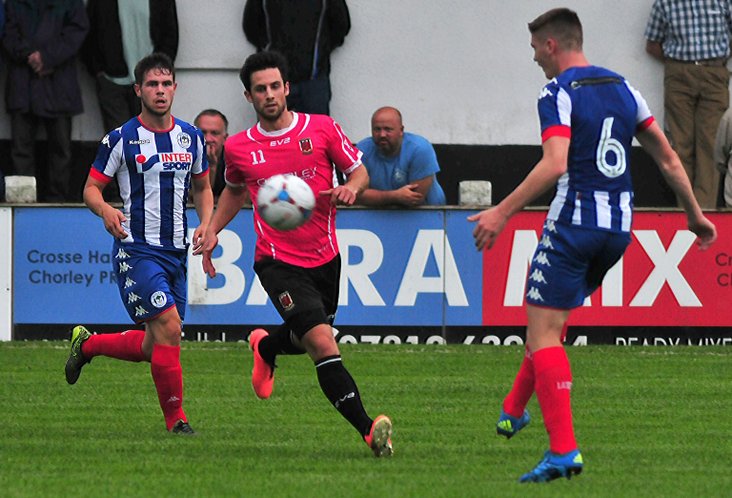 Paul Jarvis, pictured here in his Chorley days, was on the scoresheet for Slyne

A Matt Osbourne effort on 79 minutes put the cherry on top as Slyne moved further clear of the four sides below them in the table.

It was their first home win in the league this season after drawing three and losing five of their previous eight matches on home soil.

One of those sides is Whitehaven Amateurs who fell to a 3-1 home defeat at the hands of Lytham Town, who jumped four places to 5th as a result of their away day success.

Division One was a complete washout while only Carnforth Rangers’ game against Furness Rovers survived the elements in Division Two.

And Cameron Holmes will be grateful it did as he helped himself to a hat-trick in the home side’s 6-0 romp.

Holmes grabbed a first half treble with a Louie Cooper strike sandwiched between making it 4-0 at half-time. Jonny Ash then grabbed a brace in the gloom to complete the rout with Carnforth able to keep the pressure on Rossendale at the top.

In Division One Reserves, Turton raced out of the blocks to open up a 5-0 half-time lead at Burscough Richmond through Ally Dickson, Steve Fitton, Joe Cooney and a Tom Gilbertson pair.

Dickson extended the lead on 50 minutes before Tom Hilditch scored twice for the home side to add an air of respectability to the scoreline.

In Division Two Reserves, Hesketh Bank and Chipping – who before the game were level on points from the same amount of games – couldn’t be separated in a 4-4 thriller.

 Minute's applause to honour popular referee Cliff Warm tributes have been paid to a West Lancashire League referee who has died suddenly.