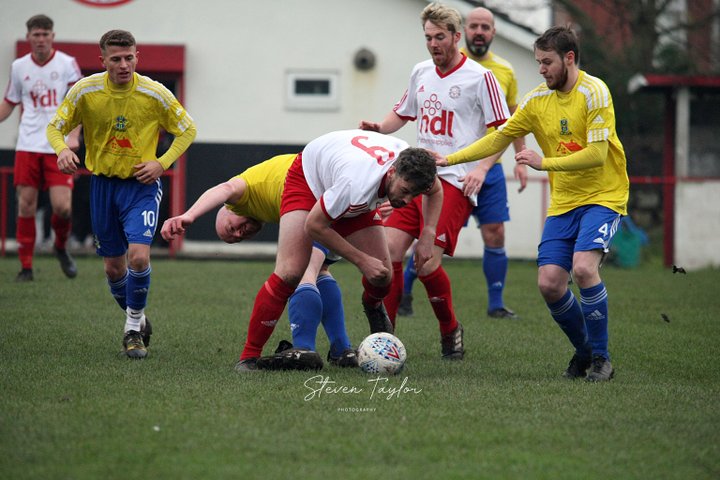 And that's a wrap! THEO HEWSON-BETTS takes us through the final weekend of matches for 2021 with pictures of Blackpool Wren Rovers Res v CMB Res from the ever-excellent STEVE TAYLOR.

Like their namesake chocolate treat, Thornton Cleveleys have found themselves ascended to the peaks of society heading into the Christmas break, after their 4-1 win over Lytham Town kept them nine points clear of second-placed Euxton Villa.

Dom Lawson’s double was developed by goals from Danny Morris and Josh Sackfield. Bob Harris was the scorer for Lytham. 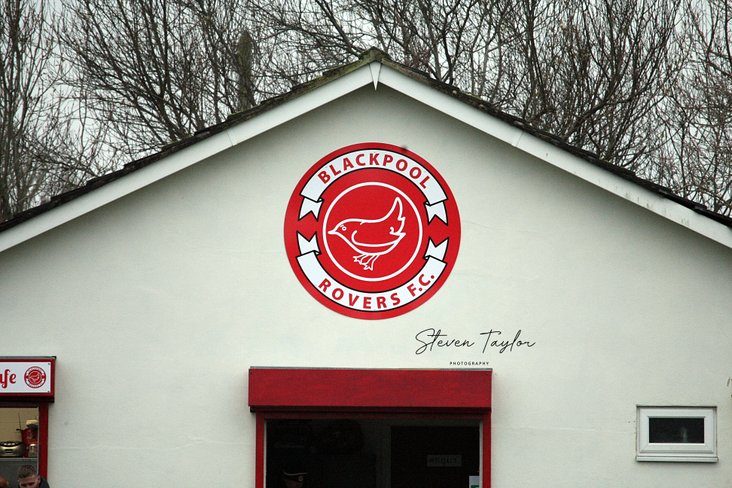 At a time of year so filled with religious sentiment, there is a sweet irony that the only goal in Euxton Villa’s 1-0 defeat of Poulton was scored by Nathan Parish.

The game between Whitehaven Amateurs and Vickerstown involved some lovely rhymes, with Bobby Carter doing his best to cancel out the goals of Ryan Barker.

Vickerstown’s Barker got two - Jackson Round had a goal sandwiched in-between for the away side, whilst Carter got Whitehaven’s only goal on the day.

Another goalscoring battle occurred between Turton and Tempest United, with Kieron Sisson and Jordan Pendlebury both bagging a brace in a 2-2 draw. 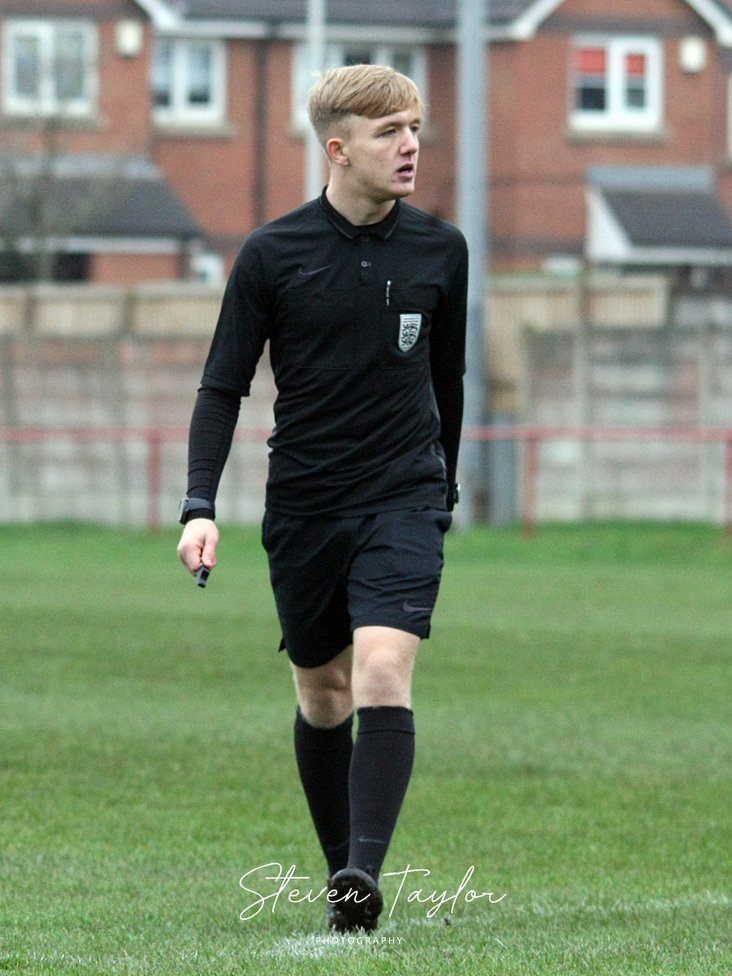 Fulwood Amateurs exploded out of the traps to go 3-0 up against Burscough Richmond within 25 minutes.

Layton Kirnon scored after seven minutes, Lucas Weaver doubled the lead on 17 minutes before Jonty McDonald added a third just after the halfway point of the first period.

Jordan Lorde got one back for Burscough, but, despite the time of year, no miracle was forthcoming for the visitors.

Slyne with Hest scored twice bfore the break to see off Coppull United. 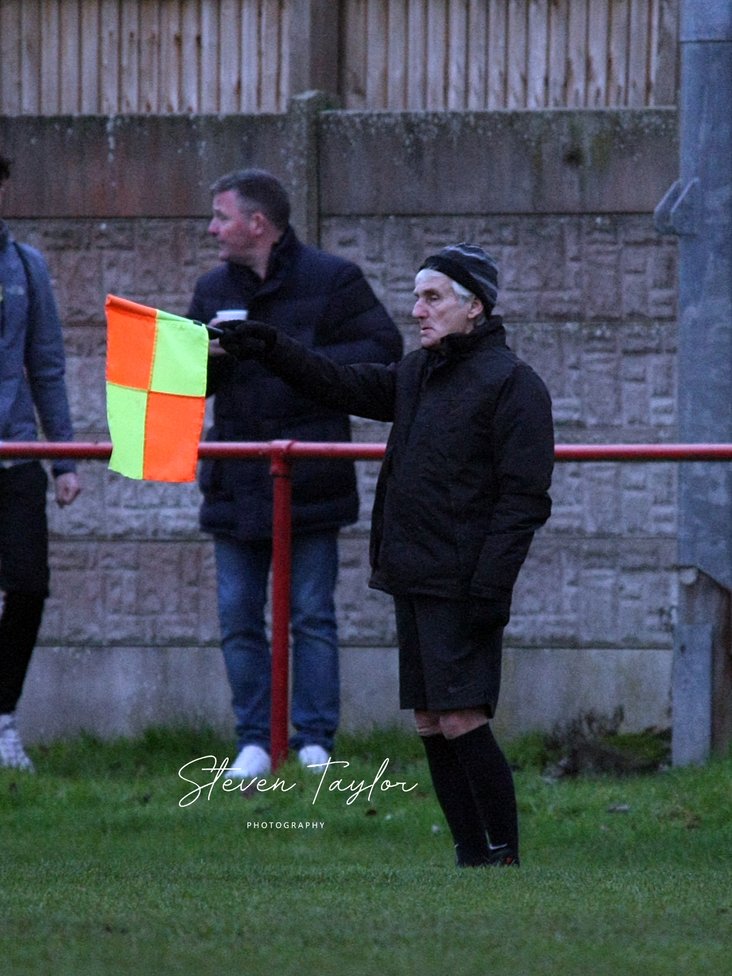 Regan Crossley and Reece Pearce scored to put the visitors two to the good and Scott Hammill’s 65th-minute penalty wasn't enough for Coppull to salvage something from the game.

Finally, Dylan Winstanley delivered on the promise of his name, as his brace saw CMB win 2-0 against Hurst Green. 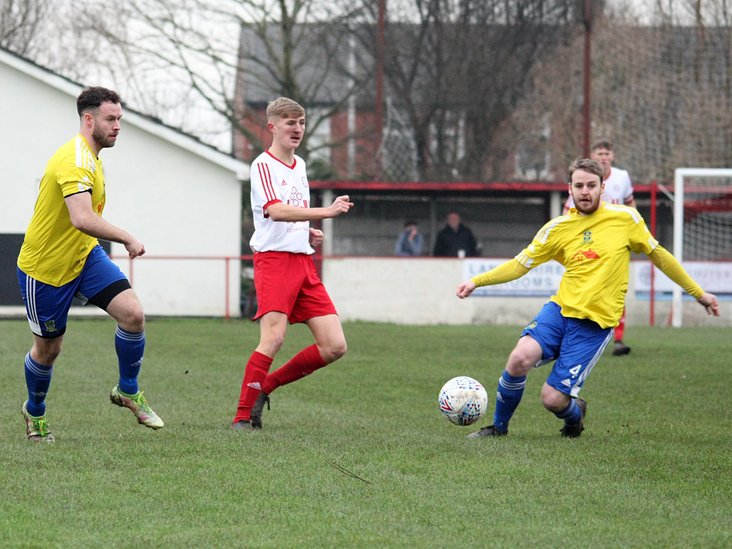 Both teams scored early on through Leon Barker-Williams for Haslingden and Sam Little for Horwich. The game continued without goal incident until the 75th-minute when Horwich took a surprise lead through Matthew Makinson’s penalty. Charlie Holt responded quickly to level the arrears before Lewis Hanley’s late penalty handed Haslingden all three points.

Hawcoat Park saw off Kendal County 3-0 courtesy of a Jordan Chubb double and a goal from Sam Jefferson.

David Mennell’s goal was not enough to see Millom take something from their game with Wyre Villa. Villa won 2-1 to keep the pressure on second-placed Stoneclough. 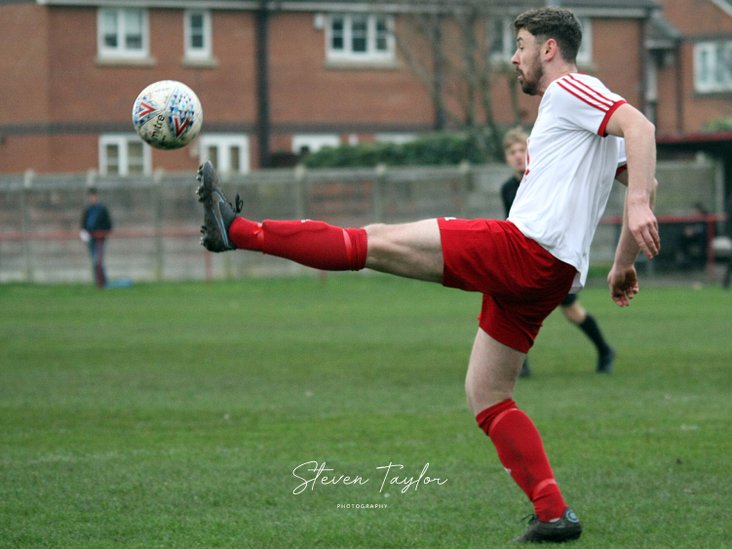 Ulverston Rangers and Crooklands Casuals played out a 0-0 draw.

Scott Wylie scored four goals in Rossendale’s 5-3 win over Freckleton. Tom Hulme scored the other for the home side as Dylan Agnew’s double - partnered with Josh Porter’s injury-time strike - was not enough to see Freckleton take a point home. 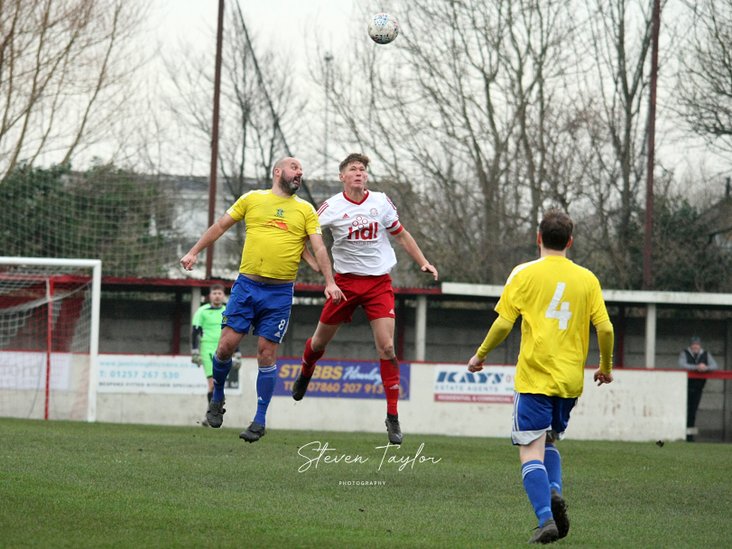 Gareth Jones and Sam Johnson each bagged to get Dalton United a win over Furness Rovers. Liam Shields had equalised after Jones’ opened but Dalton triumphed in the end.

Burnley United could only manage four in their win over Walney Island. Joe Rodriguez’ double being surrounded by goals from Niall Edmondson and Sameed Ellahi with no response forthcoming from Walney. 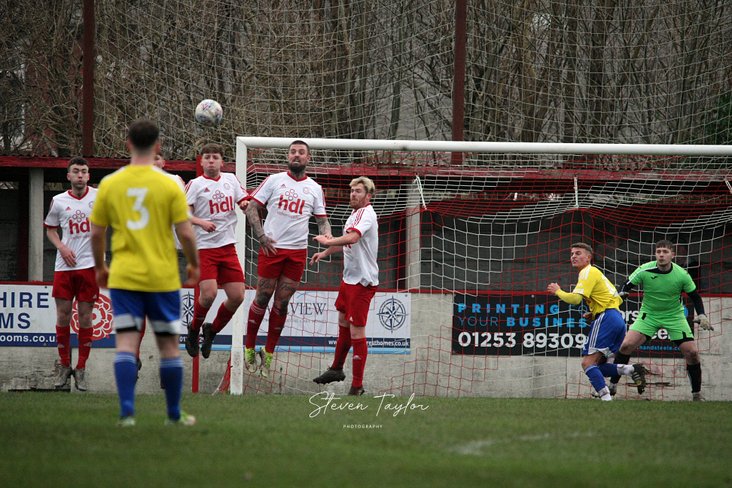 A well-contested game between Blackpool Wren Rovers reserves and CMB Reserves saw the home side triumph 4-2 and move up to within five points of the top five, with at least four games in hand on many of the teams above them.

Luke Smith and Steve McEwan opened the scoring for Blackpool but CMB had drawn level by the break through Ryan Speckman and Ainsley Turner.

The game was finely poised in the second half and it took until the 60th minute for Steve McEwan to put Blackpool back in front. John Hay was the man to put the game to bed with 15 minutes remaining. 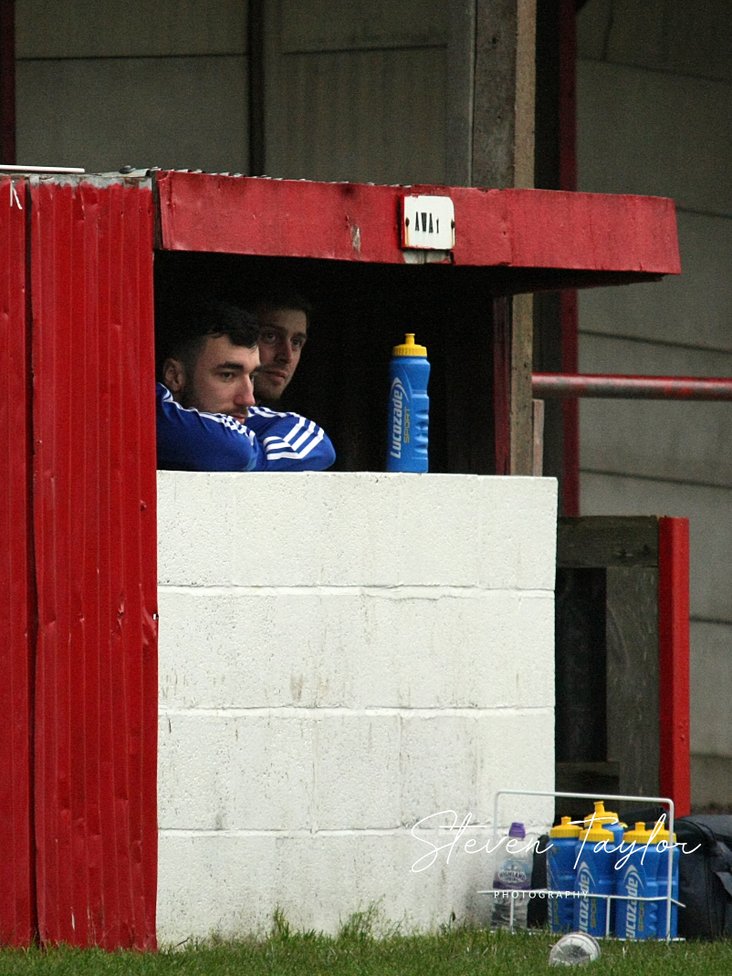 Euxton Villa Reserves defeated Croston Sports Reserves by a margin of four goals to one.

Ashley Ball got things rolling with a 27th-minute penalty before Zac Wilkes doubled the advantage. Josh Sarda got one back for Croston but that was cancelled out immediately by an own goal in Euxton's favour.

Richard Docherty finished the game off with two minutes remaining.

Dylan Jeffs scored a hat-trick in Turton Reserves' win over Eagley Reserves. Two from Andy Lane made it five for Turton, whilst Finlay Barlow managed to get one for Eagley. 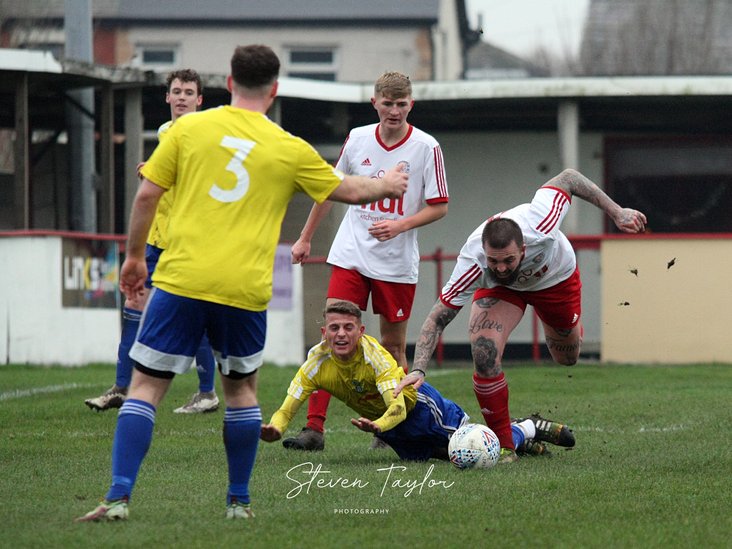 Fulwood Amateurs beat Tempest United 3-0 thanks to a goal from Kane Froggatt and a Harry Wignall brace.

Rob Norton's hat-trick catapulted Wyre Villa Reserves to a 4-0 victory over Milnthorpe Corinthians Reserves. Reece Wilkinson scored the other goal for the home side.

That's all for this year, so Merry Christmas from everyone at the West Lancashire League!

 Fulwood denied by resilient Coppull in 'cracking' tussle Fulwood Amateurs missed the chance to close the gap on the Premier Division pacesetters after a 0-0 stalemate with Coppull United, with pictures by STEVE TAYLOR.

Morris treble sinks derby rivals as league pays tribute to Cliff  Danny Morris was the darling of the Fylde coast as his first half hat-trick cemented Thornton Cleveleys' spot at the top of the Premier Division, with pictures from Charnock Richard Res v Cartmel and District by STEVE TAYLOR.