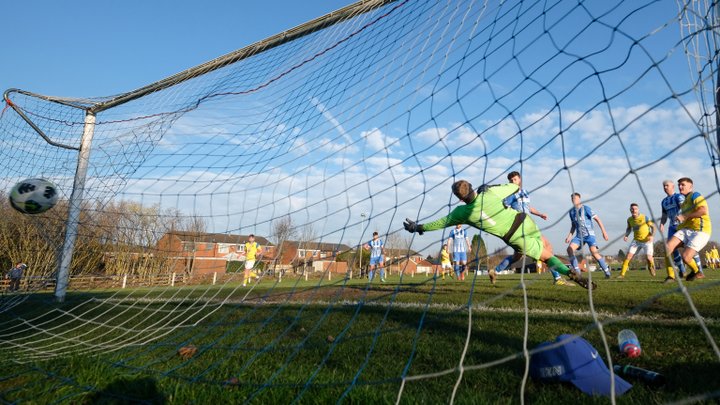 Thornton Cleveleys widened the gap at the top of the Premier Divison with a 4-1 win over Turton, writes THEO HEWSON-BETTS with pictures from Coppull v Whitehaven by JOHN SHIRRAS.

Dom Lawson had scored 21 goals heading into this fixture and managed to add another three to his total as his hat-trick helped the home side over the line against their struggling visitors.

Lewis Walmsley had initially opened the scoring for Thornton and Sam Crooke gave Lytham faint hope of a comeback with his 74th-minute strike however, as has been the case so many times this season, Lawson was the difference.

Euxton Villa’s 0-0 draw with Fulwood Amateurs saw them slip 11 points behind Thornton - albeit with two games in hand - leaving them with a mountain to climb to haul in the pacesetters. 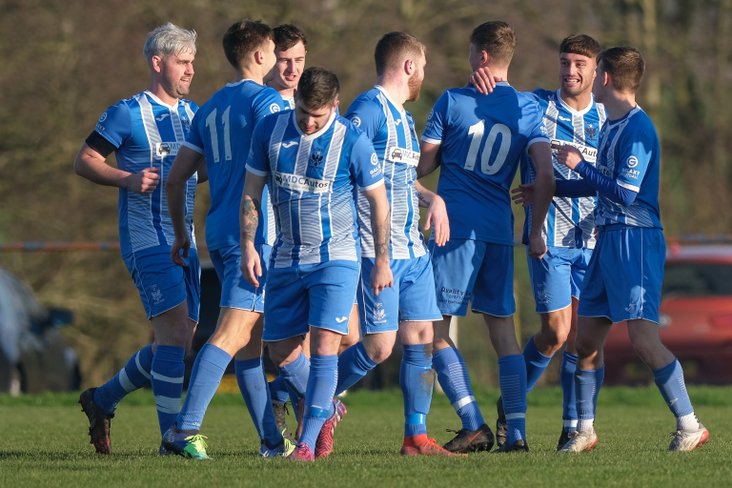 Fulwood Amateurs have become embroiled in the battle for second-place themselves, currently occupying fourth position.

Hurst Green and Burscough Richmond join Fulwood on 31 points, just a few short of Euxton’s tally of 38. Fulwood have two games in hand on Euxton however.

Hurst Green are currently third on account of their goal difference. That was buoyed by their 5-2 win over Blackpool Wren Rovers. 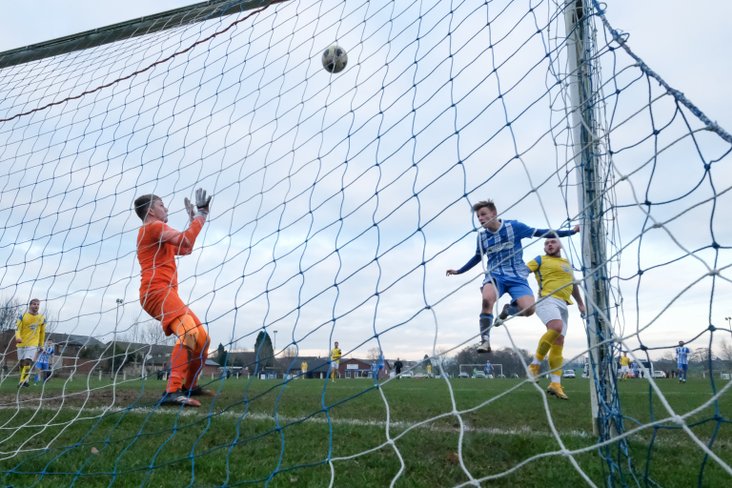 The efforts of Carl Eastwood and John Hay were not enough for the visiting Blackpool side.

Burscough Richmond had to dig slightly deeper to keep pace with their high-flying rivals. Dylan Bousique-Green’s double helped them over the line, despite the goal of Kyle Delves, whose finish was sandwiched by those of Bousique-Green.

Tom Eastham’s 77th-minute goal was never going to be anything other than a consolation.

CMB lost out to a travelling Tempest United. Tom Booth scored first for the visitors and, while Will Archer briefly restored parity, a second-half own goal and Matthew Davies’ finish with 15 minutes left to play was enough to see Tempest take three points home.

Coppull United managed to triumph over Whitehaven Amateurs also. Jonty Mattock scored within eight minutes for Coppull but Brad Harrison pegged them back before three more minutes had passed.
Scott Hammill was the hero for the home side, scoring the winner before the half-time break.

Division 1: Milnthorpe have a Ball and score four

Milnthorpe followed the example of Thonnton Cleveleys - the Division 1 leaders putting four past Millom - in this case.

Milnthorpe did concede two though, with Jamie Pattinson and Olly Pachul adding an air of respectability to the scoreline for Millom.

Haslingden St Mary's managed to put four past Stoneclough without response, that is despite the close proximity of the two sides in the table.

Lewis Hanley, Rhys Barton, Jack Cain and Henry Hindle were the scorers as Haslingden closed the gap on their opponents to only one point.

Wyre Villa are currently 13 points below Milnthorpe Corinthians in the table but have a huge four games in hand on the table-toppers.

Their confidence in catching their rivals will only be enhanced by their 3-0 victory over Croston Sports. Oliver Evans’ double and a finish from Brett Ferguson finishing the game before half-time.

Goals from Tom Smyth and Kevin Edgar helped Hesketh Bank to a 2-0 win over Crooklands Casuals whilst Calvin Ashcroft scored the only goal in Eagley’s 1-0 win over Lostock St Gerards.

Hawcoat Park drew 0-0 with Ulverston Rangers and Askam United came out on top in a thrilling encounter with Horwich St Marys Victoria, in which the former eventually walked away 4-3 victors.

No messing around with that subtitle, as it speaks for itself.
Ellison grabbed all four of Charnock Richard Reserves’ goals in their 4-1 win over Furness Rovers.

Ellison started it off in the 17th minute and - apart from a brief guest appearance from Furness’ Cole Cooper on the scoresheet - he continued his game-dominant performance until he scored his fourth with seven minutes left to play.

James Bailey is another man who had a good weekend, scoring three in Walney Island’s 4-1 win over Garstang. The other goals in the game were scored by Zach Walker (Walney) and Jack Cattle (Garstang) within the same minute.

The last of the 4-1 games in Division Two was won by Carnforth Rangers in their game against Dalton. Damian Murphy, Thomas Knight and Jonny Ash (2) put Carnforth 4-0 up before the break, with Frazer Shand scoring for Dalton in the second period.

Freckleton managed to one-up everyone with their 5-1 win over Cartmel & District.

Jamal John, Macauley Hopkins and Joe Brierley handed Freckleton a big advantage before James Keith gave Cartmel a brief glimmer of hope, only for it to be snatched away by Jamal John’s second and Steven Johnson’s first of the game.

Division 1 Reserve: Andy Lane is in the goals and plays his part… in Turton Reserves win

John Stead, Max Maydew and Matthew Bagot were all unfortunate enough to be on the losing side of Hurst Green Reserves’ 4-3 defeat at the hands of Tempest United Reserves.

Nick Skelly’s double was the difference-maker for Tempest, affixing with the goals of Jake Liptrott and Oliver Melling to help Tempest over the line.

Poulton Reserves put six goals past Lostock St Gerards Reserves. Poulton had scored four before the break through a Max Landless double and goals from Jonny Airey and Josh Few.

John Sharples scored just before the whistle blew to ignite faint hopes of an unlikely comeback, and when Harry Vaughton scored three minutes after the restart, it suddenly seemed feasible - only for Matthew Sillett and Tom Shuttleworth to kill those hopes.

His goal came after Harvey Parkey had pegged back Lee Bramall’s early opener.

Thornton Cleveleys A completed a wonderful turnaround to beat Storeys Reserves, with Alex Stubbs scoring twice within the last 12 minutes to win the game.

Coppull United Reserves beat Lytham Town Reserves 3-1 with the visitors being the beneficiaries of an own goal and conversions from Scott Hendy and Lee Richardson, with Lytham falling to defeat despite the goal of Kai Clarkson.

Goals from Kieran Gorton and Ben Cecil cancelled each other out in the 1-1 draw between Carnforth Rangers Reserves and Wyre Villa Reserves.

 Super Stoneclough fly flag in LFA Amateur Shield domination The West Lancashire League will have three teams in the semi-finals of the Lancashire Amateur Shield after a day to remember - writes THEO HEWSON-BETTS, with pictures from Slyne-with-Hest v Wyre Villa courtesy of DERICK THOMAS.

Hine gives youth a chance to galvanise Coppull  Ex-striker Mark Hine used to know where the goal was – now he is hoping his young starlets at Coppull can fire up the table after a set of promising results.