McNair: 'We don’t give ourselves enough credit sometimes in this league' 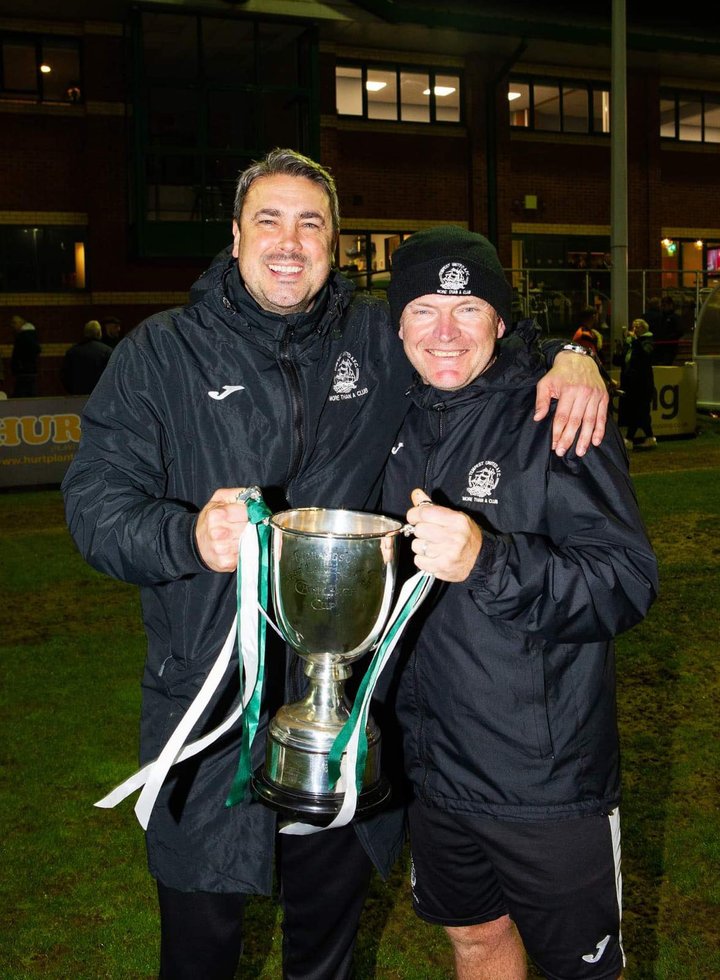 Tempest United manager Ross McNair issued a big endorsement of the quality in the West Lancashire League – as he stepped down to spend time with his family. (Pictures by DAVID SMITH)

The affable 41-year-old has left the dugout at the Bolton club after seven years in charge, which culminated in a memorable cup double.

And the former Atherton LR boss reckons the league he is leaving behind is in rude health. 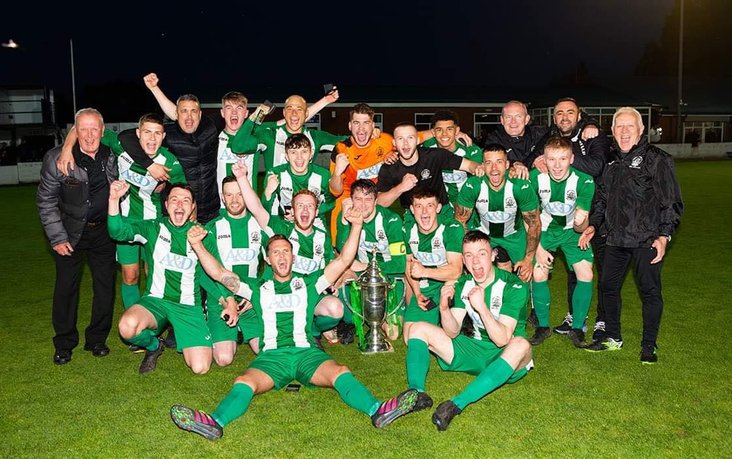 “We were getting a bit of good-natured stick from Daisy Hill about how many they were going to stick past us,” said McNair, who was assisted by Gary ‘Westy’ Westhead.

“The West Lancs has got a bit of a bad name since losing some of the bigger clubs but the standard of the West Lancs in my opinion is up there with the North West Counties North division for sure.

“Daisy Hill were eighth in their league, we were seventh in ours and we were better all over the pitch. I think Fulwood could have put eight or nine past them.

“We don’t give ourselves enough credit sometimes in this league. I’m chuffed for Euxton Villa getting promoted and believe me, they really don’t have anything to fear.” 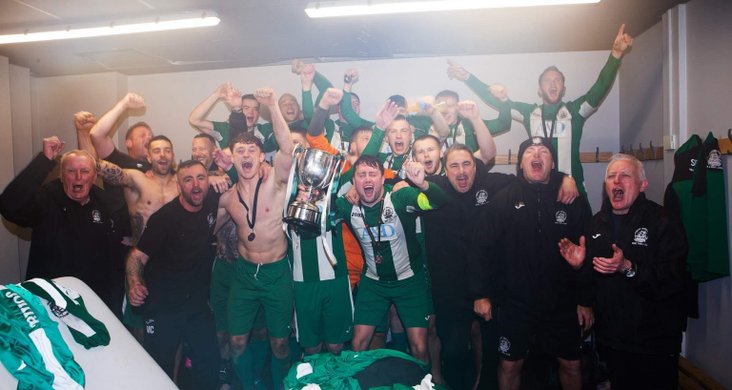 McNair, who has a 10-month old daughter River as well as a 14-year-old, Evie, said he made his mind up to step down some time ago, but didn’t reveal it to the players until presentation night last week.

“I’d spoken to Westy about it for a while and I told the chairman the week before the Hospital Cup final. Friday we won the cup but that was their night,” he said.

“So I told them on Saturday at presentation night…they took it quite bad actually, I didn’t realise that I’d had quite that impact on them!

“It’s sad but it’s the right time. I need to recharge my batteries, I’ve got to do it for myself and my kids.

"I want to spend time with them and the commitment required to be involved in a football team is hard sometimes. I’ll be back though, I’m sure.”

But for McNair, who works as a Continuous Improvement Manager at the Heinz factory in Wigan, it has been a case of ‘winz meanz cupz’ for Tempest.

The 5-0 defeat of Coppull United was the club’s first Richardson Cup final victory and the victory in the Hospital Cup, which is held to raise money for Bolton-based charities, was seen by 815 spectators at Radcliffe Borough’s ground on Friday night.

“I remember in the Richardson Cup final, Coppull hit the post very early and I looked at Westy and said ‘this is going to be a long night’,” said McNair, who hung up his own boots at the age of 32.

“But from then on we were clinical. Coppull are a good side and I think we took them by surprise.

“I’m usually giving them a right telling off. We saw it through in the second half and it was totally deserved.”

A notable late win in the league over Fulwood Amateurs ended Tony Hesketh’s men’s hopes of the league title – and left McNair mourning a slapdash start to the season.

“When you look back at the start of the season, we couldn’t raise a team.

“We were really struggling. We got a few lads in from Atherton LR on dual registration and we got better and better and finished brilliantly. I just wish the commitment was there at the start.

“Some people have said ‘why don’t you stay on, keep everyone and go for the league?’ But they weren’t there in August, we had five or six missing and I wondered what was going on.

"So it’s the right time to hand over the baton.”

The destination of that baton is yet to be confirmed - but McNair said he would miss his right-hand man the most.

“We’re a double act me and Westy,” he laughed.

“We’re talking all the time, we’ve got a great relationship. It’s just a great club, the chairman Alan is a top bloke and it’s so friendly and welcoming.

“It deserves to be winning trophies. I tell you what, that person who comes in will have one heck of a club to be part of.”

 Who would be a referee? You! Two current Premier League referees cut their teeth on the West Lancashire League – and you could follow in their footsteps.

What will happen to the league structure now Euxton Villa have moved up pyramid?  With Euxton Villa’s rise to the North West Counties League, it may mean a rejig of the Premier Division.