Burscough snatch crazy point with comeback of the season 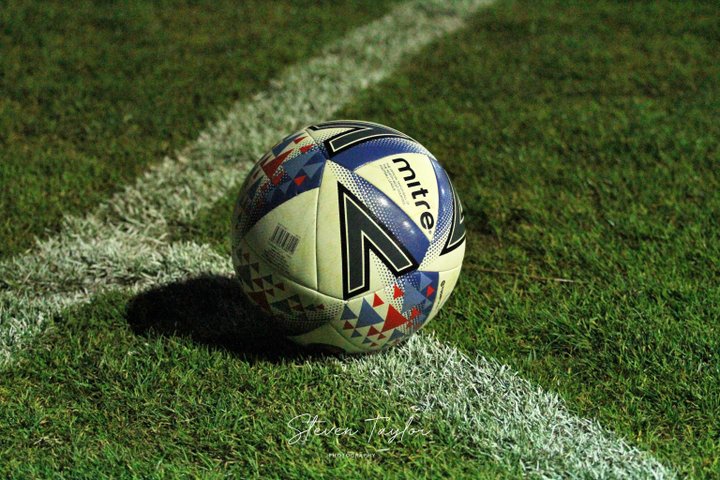 Burscough Richmond scored three times in second half injury time to earn the unlikeliest of points at Thornton Cleveleys.

But Burscough scored three in as many minutes through Danny Huyton, Anthony Knowles and Billy Whittle as the clock ticked down to seal a share of the points 3-3.

Thornton Cleveleys’ failure to hold on to victory saw them relinquish top spot to Euxton Villa who thumped Lytham Town 6-1.

Alan Greenwood had fired the Fylde coast side ahead in the 16th minute but that strike was cancelled out by Ian Billington before half-time.

Matt Atherton’s men then put Lytham to the sword, with Patrick Bibby grabbing his seventh of the season in the romp.

Vickerstown are third after a 4-4 draw at home to Hurst Green, Scott McDonald adding to his prolific August with a double.

CMB’s 100 per cent away record was ended at Tempest United who were three up inside 30 minutes.

CMB pulled two back but couldn’t find the equaliser to go down 3-2 against their local rivals.

Blackpool Wren Rovers hit back twice to earn a 2-2 draw at Slyne and Jimmy McIver grabbed two in Coppull’s 3-2 win over Poulton, who are bottom after Southport Hesketh finally got their first point at the seventh time of the asking with a plucky 2-2 draw at Turton, where they trailed 2-0 at half-time via two own goals.

In Division One, a last-gasp Ricky Ball winner earned leaders Milnthorpe a 3-2 win at Stoneclough, who had led twice in the game through Heath Ainscow and Jason Perry.

Wyre Villa remain hot on their heels after a 6-1 defeat of Horwich St Mary’s, player-manager Richie Allen getting on the scoresheet twice.

Haslingden St Mary’s are in third after a resounding 5-0 win at struggling Crooklands Casuals and Ulverston Rangers were the coupon busters with a 4-3 win at Hesketh Bank.

Matt Lawler scored twice early on but after being pegged back with 20 minutes to play, Sam Pinnegor sealed the win from the spot on 79 minutes.

Declan Baines’ 90th minute equaliser for Askam held Lostock St Gerards to a 2-2 draw and a Rhys Hardie strike was enough for Eagley to see off Hawcoat Park.

Jordan Freeman bagged a hat-trick for Croston Sports in a crazy game at Millom where the visitors earned a 6-3 win – four of their goals coming in the last 12 minutes.

In Division Two, Rossendale made it six wins from six with a 5-0 defeat at home to Carnforth Rangers, with four goals either side of half time doing the damage.

Furness Rovers are now in second after their own 5-0 win, Max Green scoring twice at Freckleton.

Kendal United fell to a 2-0 home defeat to Walney Island, James Bailey grabbing both goals to end the home side’s perfect start to the season.

Jack Fletcher scored in the first minute in Chipping’s 3-0 win at Dalton United while Charnock Richard reserves enjoyed a 3-1 win against Garstang.

And Cartmel and District earned their first win of the season with a 3-0 victory at Storeys.

In Reserve Division One, Hurst Green remain top despite a 3-0 reversal away at CMB.

David Sharkey grabbed three in the first half as Burscough Richmond stormed their way to a 5-2 win over Horwich St Mary’s.

Kyle Chambers’ brace helped Croston to a 3-0 win over Stoneclough and Fulwood Amateurs came from behind to beat Tempest 6-1.

And Jarrod Bain grabbed both goals in Poulton’s 2-1 win at home to Turton.

Liam Hardman ensured Coppull’s 100 per cent record remains in intact with the only goal at Carnforth Rangers in Reserve Division Two.

Rob Norton scored four in Wyre Villa’s 8-0 demolition of Hesketh Bank while Tom Jackson’s hat-trick helped Milnthorpe to a 6-3 win at Chipping and Rossendale eased to a 3-0 win at Fulwood Amateurs A.

Cain Blows’ strike on 28 minutes was enough for Galgate to see off Haslingden St Mary’s while Thornton Cleveleys A earned their first home points of the season with a resounding 8-0 win over Storeys, Kieran Rimmington helping himself to the matchball.